About our Surf school 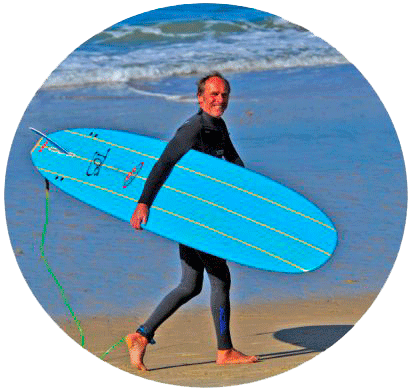 Thierry
Surf teacher.
Surf instructor but also professional surf photographer: He's Aloha's eyes!!!
His favourite target: children, he makes them discover the ocean and the joys of sliding on the water while playing and having fun. 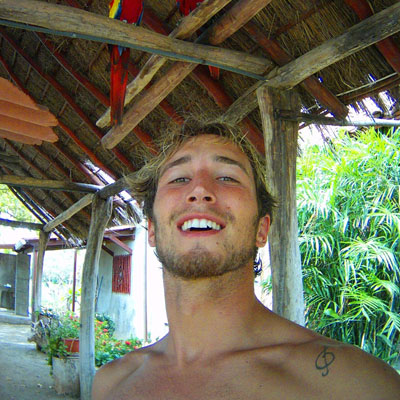 Lucas
Surf teacher.
The "Number one" of the team!!!
He’s been with Aloha for 4 years, always available, with wise and personalized advice, Lucas is a lover of the ocean.
He will make it a point of honour to make you as autonomous as possible in the water so that you have the maximum pleasure in the waves. 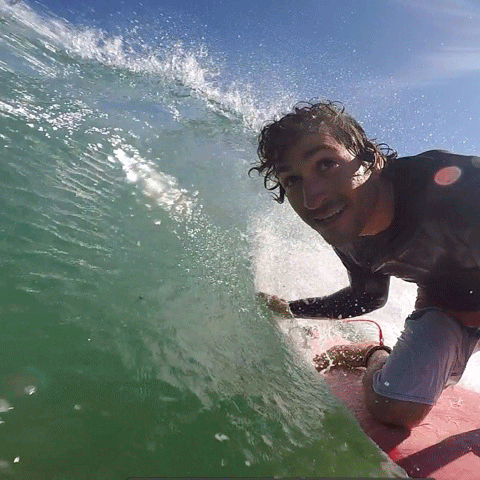 Tanguy
Surf teacher.
Tanguy: Surfing globe and future physiotherapist. Between studies and trips on the most beautiful waves of the planet surfing, he will be with you in the water to share his passion with you.
And if you ask him nicely he can give you a little massage after the session!!!! Jean Philippe
Surf teacher.
Surf instructor and ski instructor.
JP validated last year successfully his pedagogical internship. It is therefore diploma in his pocket that he joins the Aloha team this year. 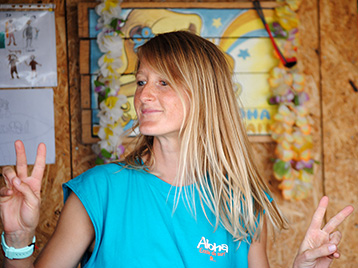 Molly
Hostess
From a French and British background, Molly also speaks Italian, Spanish and German. Passionnate about surfing and beautiful sceneries she will welcome you with an Aloha smile! She is always available to organize your surf sessions and your swimming classes. Molly will also be able to give you good tips on local activities and tell you about the "must does" in Seignosse. 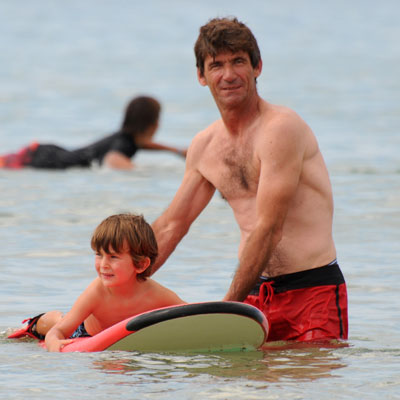 Pascal
Founder of Aloha & surf teacher
Pascal is the creator of Aloha, an experienced teacher and surfer, he will be able to give you wise advice to help you progress. 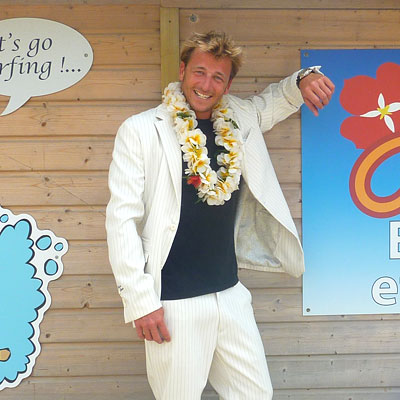 Alexis
Swimming teacher
Whether it is to accompany the first fathoms of the youngest or to perfect the technique of the older ones, Alexis is in charge of you!

At the center of our approach

The Aloha surf school was one of the first 5 surf schools in France to obtain the Qualité Tourisme™ award for 3 years in 2013.
This award was created by the state to improve the quality of tourist services in France.
It selects and brings together under the same symbol the quality approaches undertaken to satisfy customers.

This allowed us to reflect on how to better welcome you, to optimize our supervision during the activity as well as the space where we receive you.
To obtain the Qualité Tourisme™ award, one must successfully follow a quality approach that complies with the essential requirements of satisfaction.
Our services are regularly subject to unannounced and independent controls.

We competed and obtained the Qualité Tourisme™ award again in 2016.
We therefore continue to do everything we can to ensure that you enjoy your stay at the ALOHA cabin.

Founded in 2005 , Aloha surf school began as a small hut
build for two months on the beach Bourdaines in Seignosse ..

At the beginning, the team consisted of a hostess and a monitor
Pascal (who is also the founder of the Aloha surf school).
The goal was creating Aloha to share a common passion:
Surf off course, but also the environment and the values ​​of this activity.

15 years after, The Aloha Surf School is open from Easter to Thanksgiving holiday , and we are always present on the beach from April to September . A heated pool was grafted to the hut to learn to swim to the smallest . The team now consists of Pascal with three surf instructors , a lifeguard life guard and a receptionist .

The adventure goes on with you.
Aloha

We're not around right now. But you can send us an email and we'll get back to you, asap.